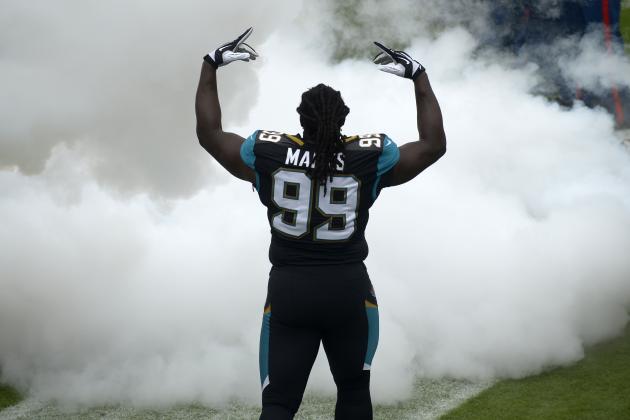 Sen’Derrick Marks was placed on the PUP list today

Marks tore his ACL in last year’s final game (Dec. 29 at Houston) but is on schedule to play Sept. 13 against Carolina.

Sample, a fourth-round pick in May, sustained a broken forearm during an OTA workout June 4 and had surgery the next day. At the time, the Jaguars estimated Sample would miss the first two weeks of camp.

Both players still count against the 90-man roster limit and are eligible to come off the PUPl ist at any time but if they’re kept on the list after the final cuts, they must sit out the first six games.