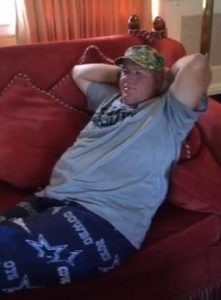 John Daly is a huge Dallas Cowboys fan, but the pro golfer is now talking about Darren McFadden while talking about his Cowboys pajamas. In an interview Daly was asked who his favorite player was, and his answer was simple, but his prediction was insane…..

“Those are my Cowboys jammies,” Daly said. “Go Cowboys. I love them all,” Daly said. “Romo is my buddy. I’m glad we signed Dez Bryant. We have the best offense line in NFL football coming up and Darren McFadden is going roll. He is going to have over 2,000 yards is my prediction.”

Cowboys RB Darren McFadden and Daly both attended the University of Arkansas.