Giants are hosting Jake Long for a second visit; If he is healthy he will likely sign 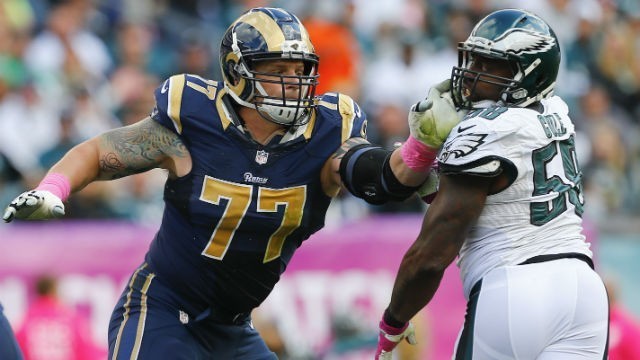 Today the New  York Giants moved quickly to get Jake Long the former first overall pick on a plane and back to their facility. The Giants will host Long today according to Rand Getlin.

Giants Daily    @NYGDaily
Per @Rand_Getlin, OL Jake Long will visit the Giants for a second time after his visit with the Falcons; I think if he’s healthy, he signs.

If Long is healthy, he will likely sign. Teams do not bring in a player two times unless they are worried about a players health. He played college football at Michigan, where he was a two-time consensus All-American, and was drafted by the Miami Dolphins first overall in the 2008 NFL Draft. He has also played for the St. Louis Rams.