FSU QB has been kicked out of school; He has hired Casey Anthony’s attorney 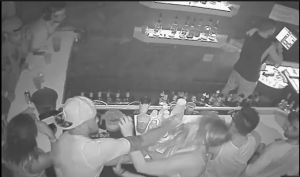 Florida State quarterback has been kicked off the team, but he will not go down without a fight

De’Andre Johnson the freshman quarterback of Florida State University has been kicked off the team. He is trying to defend his image though right now, as he has hired Casey Anthony’s attorney Jose Baez. Baez is a big named attorney, which makes you wonder if he can somehow help Johnson.  Baez was able to get Casey Anthony off of a murder charge of his daughter.

Johnson’s attorney, Jose Baez, said his client is “extremely embarrassed” and is participating in community service and faith-based programs focused on battered women, among others. A statement issued Monday by Baez did not address the alleged victim specifically.

“While it is clear from the video that De’Andre Johnson was not the initial aggressor, his family wants to take the lead in helping him learn and grow from this experience,” Baez said in an emailed statement. “He is currently participating in community service, and faith-based programs focused on battered women, substance abuse, and the empowerment of children. De’Andre is extremely embarrassed by this situation and would like to express his heartfelt apologies to everyone, including those who were directly affected, Coach Fisher and his team mates, the entire Florida State University community, as well as his family and friends.”