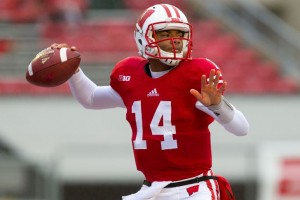 Redshirt sophomore Connor Senger is no longer with the University of Wisconsin football team, according to a UW official. According to Wilson, Senger will transfer to Div. III UW-Oshkosh.

Travis Wilson of wissports.net reported Saturday that Senger has decided to transfer out of the Wisconsin football program.  A UW official subsequently confirmed to theWisconsin State Journal that Senger is no longer with the Badgers football team.

Senger won the Badgers’ UW Offensive Scout Team Player of the Year in 2013 and 2014 as a quarterback before the team moved him to wide receiver during spring practice this year.