Mike Holmgren has been in the news a lot lately, and now the former Seahawks head coach is saying he feels Russell Wilson should sign the deal offered to him by the Hawks. 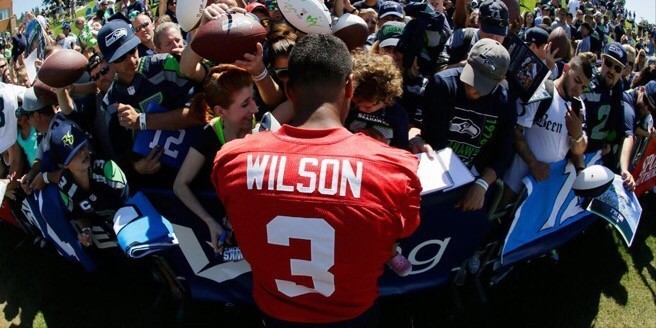 “I know this, without going into the numbers,” Holmgren said on Friday’s edition of The Erik Kuselias Show on NBC Sports Radio. “I know the Seahawks have not lowballed Russell Wilson. I know that. Now, is it an Alex Rodriguez contract, which is twice as much as anybody’s ever made in their life? No. But they have not lowballed him. So I think it’s a fair deal, looking at it from an outsider looking in. I have no skin in the game but I just think — I think he should do this.”

Holmgrem then talked about what he thought Wilson would end up landing.

“He’s gonna sign a huge contract, in the $20 million-plus range, I would guess,” Holmgren said of Wilson. “And to not sign it, and to play this year for [$1.5 million]. They always run the risk of injury. To make another million bucks in a hundred million dollar contract over five years doesn’t make any sense to me at all. And I would tell him that. If he asks me, I’ll tell him. And that’s why I think he’s making a mistake.”