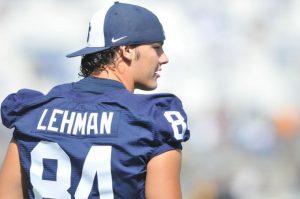 “I have been granted again another opportunity in professional sports,” Lehman said on Facebook. “One I never imagined: NASCAR!  Shortly my wife and I will be relocating to Charlotte, North Carolina, as I will be joining Hendrick Motorsports Developmental Pit Crew Team.

“Letting go of a dream to play in the NFL is difficult, but I’m excited to pursue a new one.”

That is pretty cool to see. Who would have thought, the guy on my pit crew is the former Nittany Lions tight end……