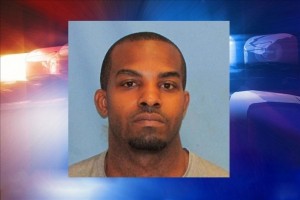 Cedric Cobbs was drafted in the fourth round (128th overall) of the 2004 NFL Draft by the New England Patriots. He attended college at the University of Arkansas, where he played football, starting for four years. He finished his collegiate football career with 3,027 rushing yards, good enough for 3rd place in school history.

Now 34, Cobbs is in some trouble with the law.  According to Gavin Lesnick of the Arkansas Democrat-Gazette, former Broncos and Patriots running back Cedric Cobbs was arrested and jailed over the weekend on charges of first-degree promoting prostitution.

The 34-year-old Cobbs was booked on the misdemeanor charge after he reportedly drove a woman to a cheap hotel, where she had arranged to have sex in exchange for money with a person who was actually an undercover officer. Cobbs was arrested while sitting in the car waiting for her.

Police also found a pipe used to smoke methamphetamine in the vehicle’s console as well as another pipe, prescription pills and meth in the woman’s purse.