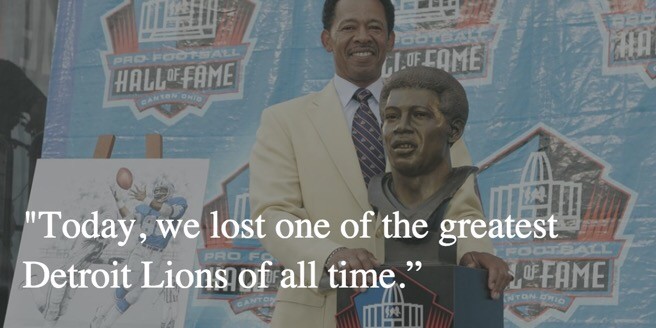 Sanders was drafted in the third round by the Lions in 1968 out of the University of Minnesota and played with Detroit until 1977, retiring as the team’s all-time leader in receptions. He finished his career with 336 receptions, 4,137 yards and 31 touchdowns.