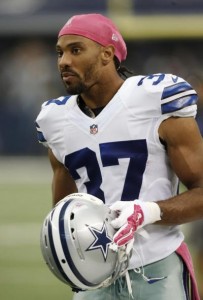 Last year Roger Goodell held a press conference about cracking down on violent crimes in the NFL.  The next day, Dallas Cowboys special teams ace C.J. Spillman was accused of assaulting a women at the team’s hotel on September 20 while with the Dallas Cowboys.

Spillman, 29, was indicted for sexual assault on Monday, stemming from an investigation that surfaced in early October, which states that Spillman committed sexual assault the night before Week 3’s game against the Rams, per the New York Daily News.

This is Spillman’s second accusation, as he was also accused of the charge in 2013 while with the 49ers.