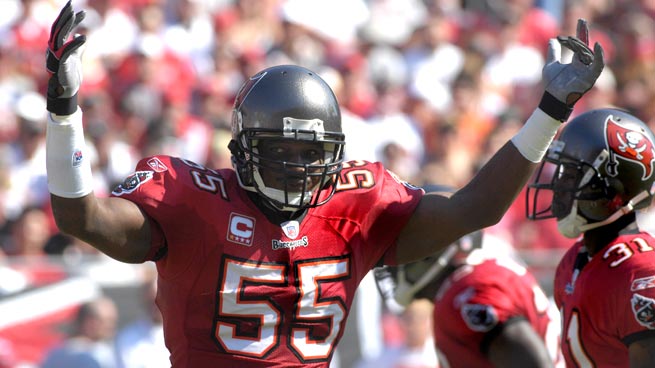 Derrick Brooks is a Hall of Famer and one of Tampa Bay Buccaneers best defensive players ever.  The former Florida State linebacker was on his former teammates radio show and talked about his relationship with rookie and fellow alum Jameis Winston. Brooks told former teammate Ian Beckles of WDAE radio that Brooks plans to regularly communicate with Winston.

“He’s going to meet with Jameis every day when [Jameis] comes back to Tampa,” Beckles said, via JoeBucsFan.com. “That’s never happened in the history of the NFL, where somebody takes their time to mold somebody, and Derrick said the same thing I’ve been saying the whole time, ‘Jameis Winston is used to success his whole career, which is cool. The second he fails, how is he doing to deal with it? And that’s going to be the most important thing.’”

Derrick Brooks is a great mentor, so hopefully the Buccaneers great can help him out.