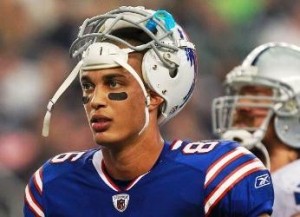 David Nelson was one of my favorite wide receivers when he was on the Buffalo Bills, because he was always trying to do the right thing. He would be in Haiti in the off-season trying to make a difference, but now he is sitting at home because of how he spends his off-season.  NFL scouts, if this is true you are silly, because I would much rather have a guy spending time in Haiti, giving people that have nothing something, than my player getting arrested every other week for a DUI.  Here is what David posted on his website.

”I’m at a crossroads,” Nelson wrote in a blog Friday on the website for his nonprofit organization, I’mME. ”While I’m grateful for the opportunities the NFL has given me over the years, I’m confused by what I’ve recently been given: an ultimatum.”

”If given an ultimatum, I choose i’mME,” Nelson wrote. ”But that doesn’t mean it’s my No. 1 priority and that football is a side project I do for fun. The NFL can — and will — do whatever it wants, but I ask this: What if it was possible to do both, and more importantly, do both really well? If that were the case, what would locker rooms look like? What would this world look like?”

”I realized I had the opportunity to live out both of my passions,” Nelson wrote. ”It was a beautiful era of my life. I played my heart out on the field and lived with the Haitians in the offseason. I was whole. Last fall, however, I was released from the Jets and became a free agent. Since my release, there’s been hesitation to sign me to a contract, due largely to how I spend my free time, even though it’s made me stronger: physically, mentally, emotionally.”

This sounds similar to the backlash that Tim Tebow faced….. Don’t worry David it worked out for him. You will be fine, because you are doing what is right. GOD BLESS!!!