Five small schoolers who have attention from NFL scouts

I have been scouting small school football players for quite some time now, and the 2016 class is one of the best I have ever watched.  I was engaged in conversations regarding NFL scouts over the past couple days leading up to the start of the season, and there are five small schoolers that NFL scouts really like. 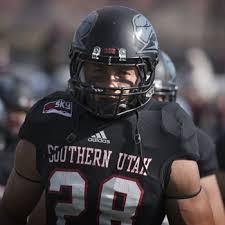 An NFC South scout said:  Miles Killebrew is the best safety you have not heard about. Southern Utah has produced several NFL players, but maybe none as talented as the 6’3 safety.  Scout continued to say Killebrew is a very humble young man, that is in the book (Bible), and understands the game.  Said he will lay wood, and is athletic enough to make a play with his hands.

Another AFC scout told me Killebrew is a sleeper, but he also like James Cowser their defensive end. 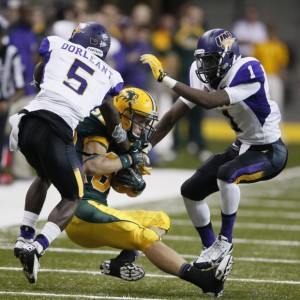 AFC East scout said Northern Iowa’s secondary is better than many FBS schools. Scout said they are filled with talent from both corners to the safety position. AFC East Scout was mostly impressed with Makinton Dorleant.

– Dorleant transferred from Maryland, Has size and speed, and the scout said he would not be surprised if he runs in the 4.3’s.  Dorleant jumps out the gym as well, scout said he is an athletic freak.

– Scout said Deiondre Hall might be the best cover corner on the team.  He is not afraid to come up and hit, has great technique and understands the game.

– Scout says Kilfoy is a poor man’s John Lynch.  Kilfoy will ring your lights, and he makes a play on the ball. Scout said Kilfoy is talented and he would not be surprised if he is drafted. 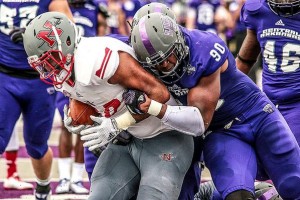 Woodard is a big kid at 6’4, has great reach, and is smart.  Per AFC North scout, Woodard is a very bright man, who is dedicating this season to his friend that died. Woodard already graduated, and is considered a top tier talent. AFC North scout says he loves his talent and could see a team spending a 4th to 7th round pick on him. 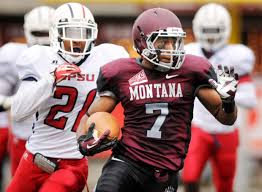 Ellis Henderson sat out an entire year from a bacterial infection but he is back. I had a scout from two different NFL teams say he is a special player and if he has a big year will be drafted. One scout from NFC West said Henderson has the talents to be in D-1, and should dominate his division this year. Montana has a good receiving core.

-Ellis Henderson, Montana’s leading receiver and an All-Big Sky Conference selection a year ago, left school over the weekend, taking the rest of the semester off to try and recover from a bacterial infection in his stomach that has kept him sidelined most of the 2014 season. 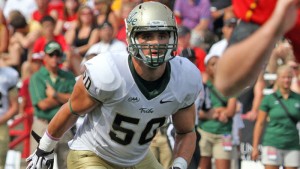 An NFC East scout told me that Luke Rhodes is a clone of Luke Kuechly, his exact words were, Rhodes instincts are grade A, and he is a sound tackler. Rhodes has a mean streak, and understands the language of the game. He is a true leader in the locker room, and he will definitely be on our big board.