Eagles do not run the ball much out of the two back set; Could things change in 2016?

In 2013, The Phildelphia Eagles ran the ball out of a single back set 98 percent of the time. With the addition of DeMarco Murray and Ryan Matthews, that may not be an option, but it didn’t according to a study. 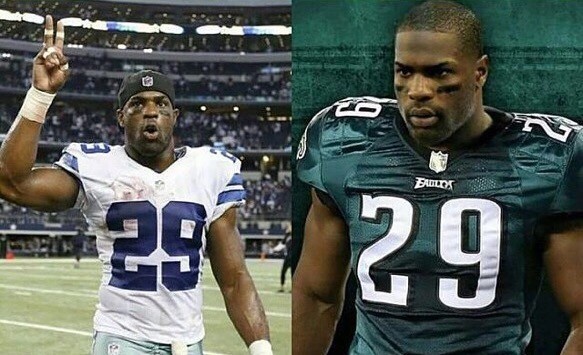 Football Outsiders posted a piece saying the Eagles only ran the ball out of the two back set 0.5 percent. Here is what they say.

“An interesting trend has seen teams hiring playcallers that not only reduce two-back usage, but ignore it completely. Recall from last year’s article how the Broncos, Eagles, and Lions were all outliers that used two-back sets on four percent or fewer of their running plays. This year, we have four teams in the disqualifying italicized red font on the table below. Along with Denver and Philly, the Dolphins and Steelers also fell into the red, as none called more than 35 two-back rushing plays all season. The Eagles only ran two such plays all season! Both calls came against Dallas, one in each game, and both went for a single yard. The second one actually resulted in this Darren Sproles touchdown with LeSean McCoy throwing quite possibly his only lead run block all season. Hence, the Eagles are technically your 2014 leader in two-back rushing DVOA.