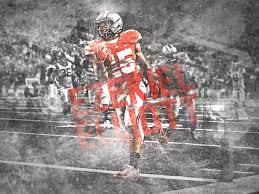 Ezekial Elliott could end up as a first rounder