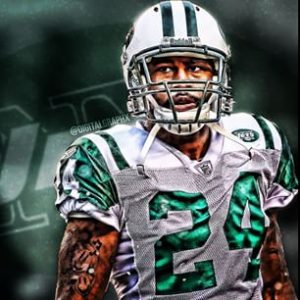 Darrelle Revis contemplated retirement after suffering an ACL injury in 2012

Darrelle Revis almost retired from the NFL in 2012, but his uncle Sean Gilbert the former Rams defensive tackle talked him out of it.  In the latest SI, Revis stated that he almost called it a career.

“I did think about retiring,” Revis said, via Rich Cimini of ESPNNewYork.com. “I had never been seriously injured before, and I didn’t know how to handle it.”

Revis reveals that he also had microfracture surgery on his way back to the field, which is something that was kept quiet at the time. Revis was traded from the Jets to the Buccaneers before the 2013 season and returned to the field in time to play all 16 games in Tampa.

Good thing Sean Gilbert was able to talk him out of retirement, because he has received quite a bit of money since 2012, and a Super Bowl Ring.