Dallas Cowboys have “Zero” interest in running back Ray Rice 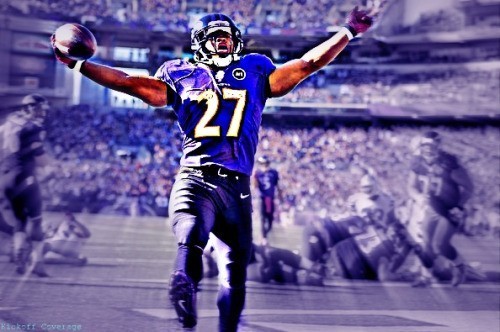 Charean Williams of the Fort Worth Star-Telegram is reporting that the Cowboys have “no interest” in signing free agent RB Ray Rice. This comes a few days after the co-founders for “A Call to Men” anti domestic violence group, advocated for Rice to get a second chance.

“We have been around a lot of abusive men, but our experience with Ray has been tremendously positive,” co-founder Tony Porter said this past weekend, via ESPN.com. “We feel strongly about him having the opportunity of having a second chance. He’s deserving of it.”

“He’s held himself accountable,” fellow co-founder Ted Bunch added. “He is saying everything that you would want him to say and doing everything that you would want him to do. So why wouldn’t he deserve another chance? His work in the area of educating young men is more important than him getting back on the field. He knows that and has said that to us. He is seeing the bigger picture. He has a desire to compete again, but also to make a difference in the world. This is what mistakes should be about: learning from them and teaching others. We’ve been in front of a lot of batterers. He is as transparent as I’ve seen, and as sincere as I’ve seen.”