Cleveland Browns had four offensive linemen in today for a workout 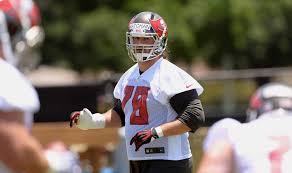 We are learning that four offensive lineman were brought in for a workout today for the Cleveland Browns. Per sources, Jack Abercrombie the former California PA center, was the only rookie that was brought in.

We are hearing the team was very interested in Matt Patchan, who played college ball at Boston College.