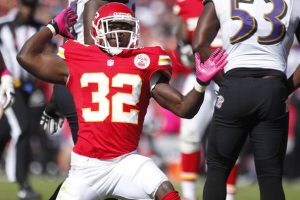 Today the Kansas City Chiefs waived running back Cyrus Gray. Gray played college football at Texas A&M. Gray was drafted by the Chiefs in the sixth round of the 2012 NFL Draft. As a junior in 2010, Gray rushed for 1,133 yards with 12 touchdowns and was an All-Big 12 honorable mention for the second consecutive season. Today he tweeted this out.

Just moments ago the Chiefs confirmed his release.

Gray will go through the waivers, and I would not be surprised to see the Cowboys put in a claim for him.