Chiefs have signed Justin Houston to a 6 year deal worth 101 million; 52.5 million guaranteed 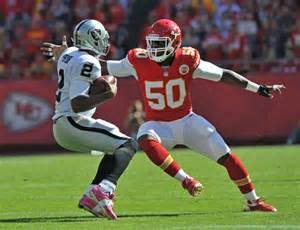 The Kansas City Chiefs have just signed Justin Houston to the largest contract in Chief History. Houston signed a 6 year deal worth 101 million dollars, 52.5 million of that deal is guaranteed, according to Adam Schefter.

Houston has 48.5 sacks since he entered the NFL out of the University of Georgia. This is a great deal for Houston.