Bully victim Jonathan Martin has retired from the NFL 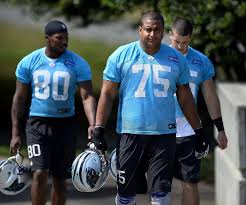 Jonathan Martin has retired from the NFL

Martin most recently signed with the Panthers where he suffered a back injury. Instead of undergoing surgery and potentially missing the 2015 season, Martin has chosen to retire, Rapoport says.

Martin will always be attached to the bullying scandal, which was a huge story in the NFL through the 2013 season.