Brett Favre finally opens up about his departure from the Packers 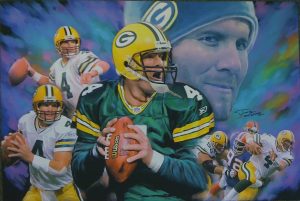 Brett Favre opens up about his departure with the Packers

Everyone wanted to know why the Green Bay Packers and Brett Favre had a divorce, but Farve admits it was not a bad split.  Favre stated that he was a little upset, but for the most part the split was cordial.

“I think at some point what crossed my mind was, ‘How did it ever get to this point?‘” Favre said, via Rob Demovsky of ESPN.com. “To be arguably one of the most successful players in Packers history, and I would think [a player who was] well-received by the fans, especially up to that point, you’re just thinking, ‘How did it get to this point? Of course, we’ve talked about that, and I take my share of the blame as well, but it was just hard. It was a surreal feeling.”

While Favre understood his time was over in Green Bay he stated that his final meeting with the coach and GM was not easy.

“It was for the most part cordial,” Favre said. “It was like, ‘What do we do?’ That was the million-dollar question, I guess. I got a sense that there wasn’t many options on my part. It was frustrating, and I know it was frustrating for them, as well. When I left, it was like, I don’t know if we’re any closer than where we need to be when I got there that morning. Emotions were running high, but all in all I think it was pretty cordial, considering the circumstances.”

Favre wanted to stay in the NFC North but the Packers said no.  He didn’t understand it.

Pretty amazing, but I am glad they are friends again. Favre is Green Bay football!!!!