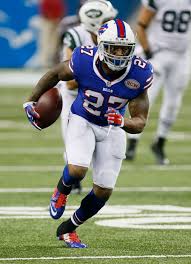 Buffalo Bills safety Duke Williams was just played on Twitter by Adult Film Actress Mia Khalifa. He has apparently been trying to get in contact with Mia for more than five months now and has repeatedly sent her DMs on Twitter.

It looks like he started back in February with an innocent “How you been?” message. But ever since then, he has continued to contact Mia—despite the fact that she has completely ignored him—and even went as far as to write, “Come to Miami,” yesterday. That was the final straw for Mia, who put Williams on blast by taking a screenshot of his DMs and posting them on Twitter for all to see:

Warning: Trespassers in my DM’s will be shot and hung out to dry in public.pic.twitter.com/aPUGkmooat