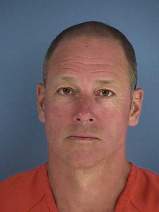 Buffalo Bills offensive line coach is in very hot water. According to a post on Facebook by Walton County Sherrif Michael A. Adkinson Jr., the former Bears offensive line coach, could be in major trouble. He threatened the kid he punched in the face, by saying if he called the Police he would kill his family.

On Saturday night deputies with the Walton County Sheriff’s Office responded to a residence on Winston lane at Inlet Beach in Walton County, Fla in reference to a battery.

When they arrived deputies spoke to the caller and learned three boys had been fishing on the beach when the suspect, later identified as Buffalo Bills Offensive Line Coach Aaron Kromer, and the suspect’s son confronted them over the use of beach chairs left by a beach access.

Victims told deputies Kromer grabbed their fishing pole and threw the pole into the water and then pushed one of the boys to the ground and punched him in the face. It was stated Kromer then told the boys to return the chairs to where they found them.

The victim stated Kromer also told him if he reported him to the police he would kill his family.

Kromer was subsequently arrested early Sunday morning on a misdemeanor battery charge and transported and booked into the Walton County Jail. He has since been released on bond.

WCSO is continuing to investigate and additional charges may be filed. WCSO executive staff will be reviewing this case first thing Monday morning when the redacted arrest report will be made available. Thank you for your cooperation and patience.