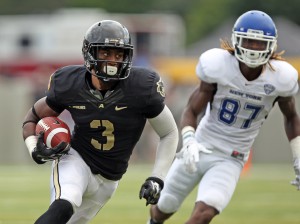 Army may be without one of its best players for part or all of the 2015 season. According to Hudson Valley News, Junior cornerback Josh Jenkins suffered a serious head injury during a fight with a teammate on post Fourth of July weekend. Jenkins was taken to Keller Army Community Hospital and later transported to Westchester Medicial Center in Valhalla.

The West Point Public Affairs office said in a statement that the incident is under investigation.