Adrian Peterson’s new contract is incentive based; It has escaltors and de-escalators 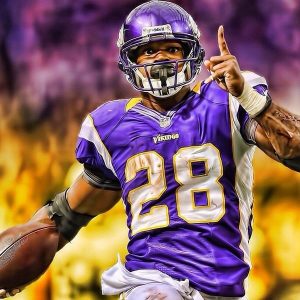 Adrian Peterson will tear up the NFL in 2015-16 season. Mark my words

Adrian Peterson is happy now that he has a new contract with the Minnesota Vikings worth a base of 44 million, but according to Pro Football Talk his contract will rely on his play in 2016.

Per a source with knowledge of the contract, the deal includes both an escalator and a de-escalator for 2016. Here’s how it works.

This makes me want Adrian Peterson more in Fantasy Football than ever. I have a feeling he is about to break records this year.