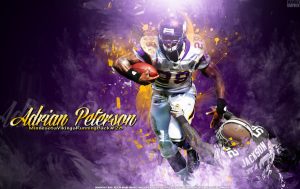 Adrian Peterson is back and is now a happy camper

Minnesota Vikings running back Adrian Peterson is a happy man today. That is because he finally received an extension from his team. This was the tweet he posted minutes ago.

This was said moments after he received a nice pay raise from the Vikings. According to Mike Florio of Pro Football Talk, the Vikings have agreed to include $20 million guaranteed at signing as part of their agreement with RB Adrian Peterson.

Florio added that common sense suggests that the Vikings fully guaranteed the $13 million Peterson was set to make for the 2015 season, and the remaining $7 million is the injury-only guarantees.