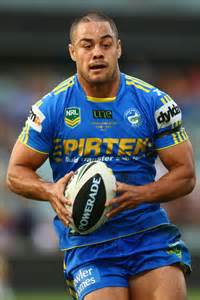 Jarryd Hayne has the Jewish community upset over his tweets

Jarryd Hayne is the newest member of the San Francisco 49ers, but his recent tweets about Jesus had so many people upset that he deleted the tweets.

“Jesus wanted to help people but was killed by his own people,” Hayne tweeted on July 1. A day later he added: “The Jews were the people who took him [Jesus] to the Romans n [sic] forced them to give the order because they couldn’t.”

Hayne deleted the tweets on Friday.

New South Wales (NSW) Jewish Board of Deputies chief executive officer Vic Alhadeff voiced his displeasure with the tweets to The Australian Jewish News. He says the accusation “that the Jews killed Jesus is a falsehood that was renounced by the Vatican 50 years ago.”

“It’s unfortunate that the misconception still exists today and even more disappointing when it is promoted by a high-profile figure like Jarryd Hayne,” Alhadeff said.