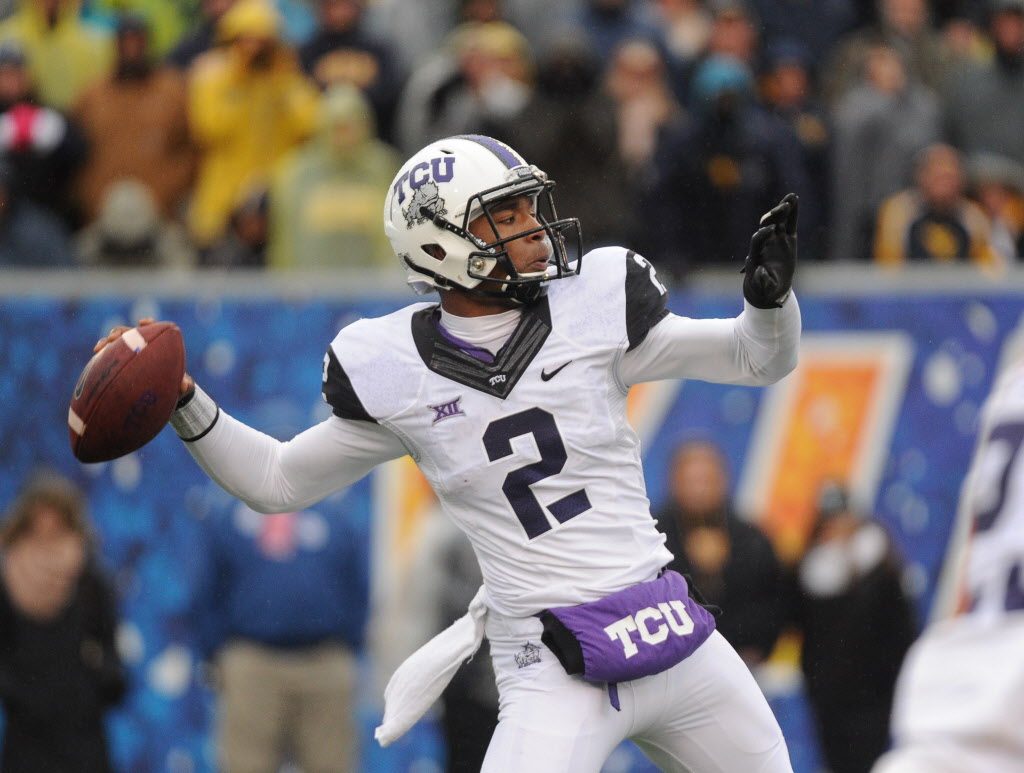 Trevone Boykin may be the classes top QB

Strengths:
-Outstanding athleticism and running abiltiy
-Can make all the throws
-Doesn’t tend to take off and run too early
-Keeps eyes up when on the move

Weaknesses:
-Small, many have suggested that his listing of 6’2″ is generous
-Exposes himself to far too many hits
-Poor anticipation
-Doesn’t go through progressions well, locks onto one receiver too much
-Inconsistent accuracy
-Tries to force throws in impossible windows at times
-Very raw passer overall

Bottom Line: While Trevone Boykin is one of the most exciting players in college football, he has a long way to go before he’s an NFL-ready quarterback. Boykin made major strides as a player last season, so it’s definitely possible he still can keep improving. Right now, he’s somewhere between where Pat White and Robert Griffin III were coming out of college.