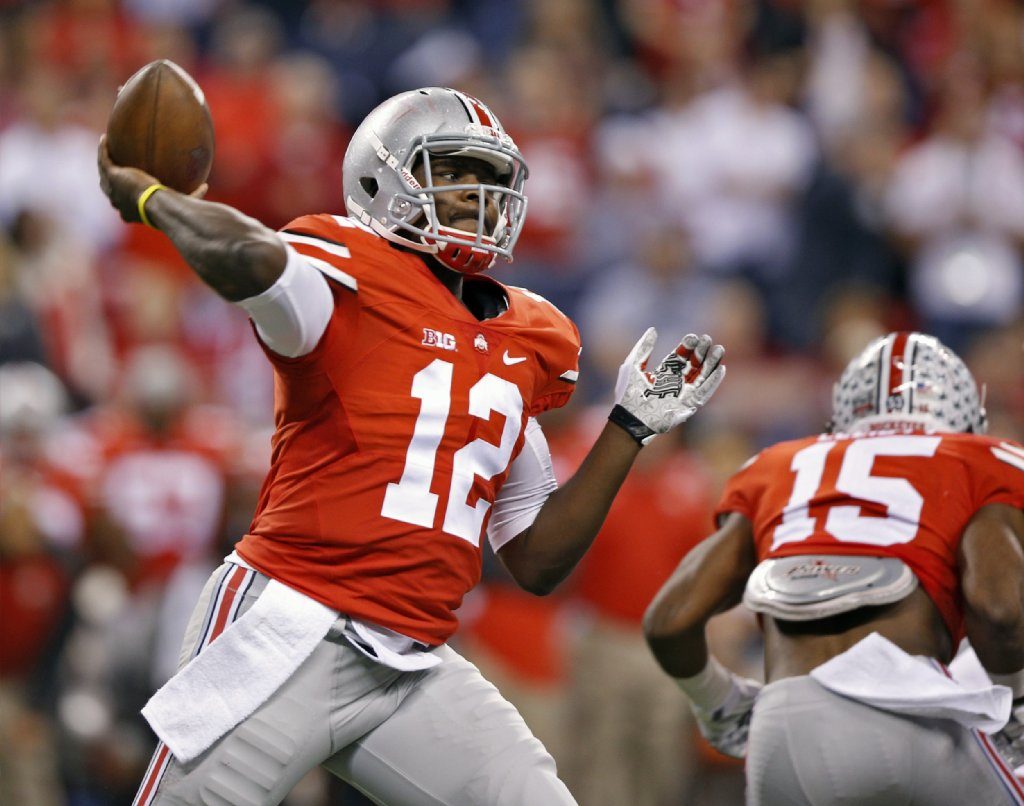 Cardale Jones is on the rise as Ohio State’s quarterback

Strengths:
-Prototypical size and build
-Cannon arm
-Throws a pretty (and very impressive) deep ball
-Unusually poised for a guy with so little experience
-Good accuracy and ball placement
-Consistently gives his receivers a chance to make a play
-Impressive athleticism for his size
-Can thread the needle
-Nearly unstoppable as a runner in short-yardage situationsWeaknesses:
-Tiny sample size (three career starts)
-Was a third-string quarterback before Braxton Miller and J.T. Barrett suffered injuries
-Sloppy footwork
-Can trust his arm too much at times and force throws
-Doesn’t see the field very well
-Played on a very simple offense with limited reads
-Surrounded by a plethora of weapons at Ohio State–how much has that benefited him?…

Bottom Line: At this point, Cardale Jones remains very much a mystery as an NFL prospect. The Ohio State Buckeye has thrown a whopping total of 94 passes in his collegiate career. One must consider–if Jones is so good–then why’d it take two quarterbacks getting injured for him to get to start? Jones obviously has jaw-dropping upside, but there are more questions than answers at this point. Depending on his performance in 2015–he could be the number one pick, or slip to the third day.