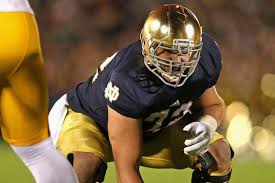 Nick Martin should be a shoe in for the Rimington Award

The Dave Rimington Trophy is awarded to the player considered to be the best center in college football. Dave Rimington was a center who played at the University of Nebraska from 1979 to -1982.