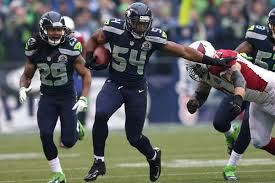 Bobby Wagner could get a pretty pay day soon

Ian Rapoport of NFL.com is reporting that the Seattle Seahawks are trying to sign Bobby Wagner to a long term extension.

Wagner, 24, is entering the final year of his four-year, $4.307 million rookie contract that included a base salary of $977,427 for the 2015 season. This is great news for the Seahawks because they will only be allowed to use the Franchise on one player next year, and Russell Wilson could be the guy to wear the tag.