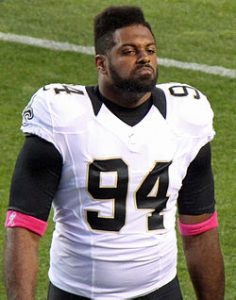 Today the New Orleans Saints locked up their former first round pick Cameron Jordan to a five year extension according to Mike Garafolo.

Jordan and the Saints have agreed to a five-year deal with $33.8 million in guaranteed money, Mike Garafolo of FOX Sports reports. The deal includes $27 million in the first two years and a total value of “up to” $60 million, according to the report.

Jordan was in the final year of his contract, so this was a good move for the Saints. Jordan is the son of former Minnesota Vikings tight end Steve Jordan, he played college football at California.