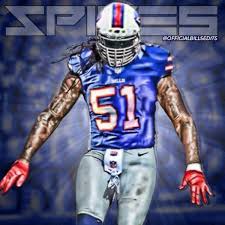 Brandon Spikes has already been released by the Patriots

The New England Patriots released former draft pick Brandon Spikes today after his vehicle supposedly was in a hit and run in Massachusetts. Spikes claims he hit a deer, but no deer was found near the vehicle.

According to the car’s OnStar system, the driver reported hitting a deer before taking leave of his vehicle. No deer was found near the car, but another car reported being rear-ended on the same stretch of highway and the Massachusetts state police is trying to sort out exactly what happened.

This a the second University of Florida star to be kicked off the Patriots roster, the other was Spikes’ teammate Aaron Hernandez.