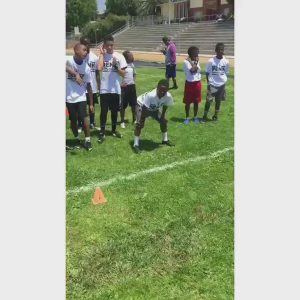 Donald Penn the Oakland Raiders offensive tackle is a pretty solid athlete himself. We have watched Penn dunk after scoring a fat guy touchdown.  Well the former Buccaneers lineman hosted a football camp, and one kid at the camp has some pretty insane juke moves.

Donald Penn has to be proud of this little youngin, because it was a solid couple moves that had me even say WOW….