@RapSheet: According to agent Richard Kopelman of @KLASS_Sports, O-Lineman Tavon Rooks has signed today with the Kansas City Chiefs. 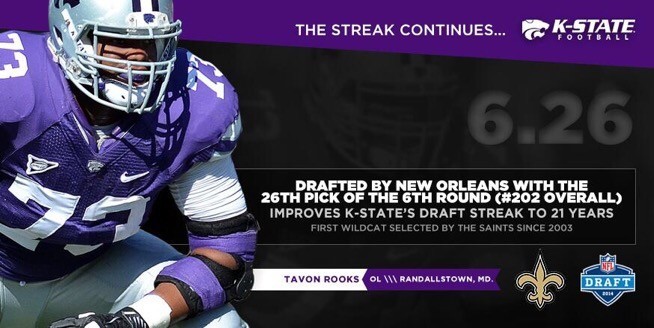 Rooks, 25, is a former sixth-round pick of the Saints last year. Unfortunately, he was unable to make the team’s 53-man roster coming out of the preseason, but was later added to the team’s practice squad at the start of the 2014 season.