Is the NFL banning players behind the scenes for their past records? 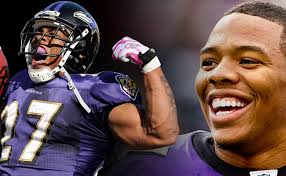 Ray Rice should have a home already

I have helped college players for years, and right now if you have ever had a domestic violence charge in your record the NFL is blackballing you. It is simple, the NFL has already looked bad because the way they handled the Ray Rice situation.

Teams are scared to take a chance on a player like Rice because of the backlash they will receive from the media. It is the same reason many teams stayed away from Tim Tebow. While he is a decent player that is better than many quarterbacks in the league, teams did not want to deal with the media circus that surrounds him.

I have two players that I have spoke to over the past year and both players are star players.  One was a four star athlete coming out of college, and the other was a 5 star athlete.  Both are amazing at their positions, but both have a very similar path.

I will not post their names because I do not want them to face anymore backlash than they already are. I have spoke to over 15 NFL teams regarding these NFL players and the responses I receive are insane.

Trust me, it is not his physical talents that are not keeping him from getting a shot in the NFL. His record is what we do not want to deal with.

There are rumors about that player surfacing around the NFL, we cannot give them an opportunity because of those rumors alone.

Now you are probably wondering what both of these players were hit with, right? Well, let me explain, both have a Misdemeanor Domestic Violence charge, both were dropped, and both walked away with no problem. The police report and statements from the women did not match up with the allegations.

Both men had their charges dismissed, both had to take a course on anger management though per the judge.  Both are freak athletes, both had tons of NFL love, but both are awaiting on an opportunity again because the NFL is spinning them.

So what why won’t the NFL give them a chance?  It is simple, they do not want the backlash. The NFL is trying to ban players behind the scenes for these incidents.  The NFLPA is not doing anything to support their players, they just keep getting blackballed by NFL teams.

These kids are being blackballed because they have a record, but we do not know if the actual allegation was ever really true? Women lie as well, and if a female says in a statement that she had X,Y, and Z done to her, but when the Police arrive she has zero marks and they don’t even believe it, why should that player be blackballed for that allegation? It is because teams are scared……

Teams are scared to take a player on, and when they do actually take a player on he has ruined it for the others.  Ray McDonald was given a second chance by the Chicago Bears to piss it away.  Ray Rice on the other hand has been talking to kids about how stupid he was, and how big of a mistake he has made, but he cannot get a second chance.

“Here I am, the poster boy of domestic violence,” Rice has told friends.

Ray Rice is right, he has become the face of Domestic Violence. Is it fair? I think it is fair, because beating a women is wrong. You should never put your hands on a woman, walk away if you feel that kind of way. If she is making you that mad, you probably should not be with her.  Hitting her is not the answer, and I think because Ray Rice was exposed by the video he will never live that down. He has embraced the mistake though and accepted responsibility. He is a guy that deserves a second chance, let someone show that they can change.

A horrific night of assault doesn’t have to be the final word in Rice’s story — and that’s according to many with deep roots in the anti-violence community. Rita Smith is the executive director of the National Coalition Against Domestic Violence and is now a consultant to the NFL.

“I firmly believe in second chances,” Smith said. “Particularly for communities of color, you can’t just throw people away.”

So if you have people on the Domestic Violence board talking about giving Ray Rice a second chance, why aren’t NFL teams talking with him or the others mentioned above?