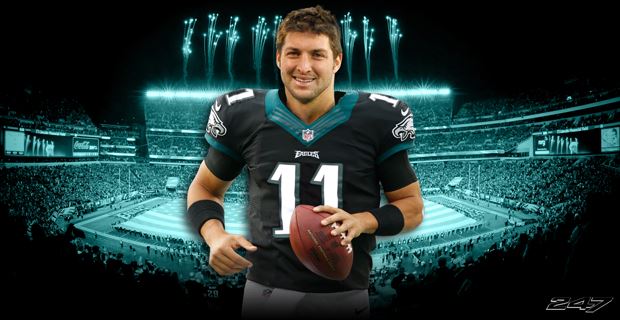 Tebow continually gets slammed for his QB play

“I’m the biggest Tim Tebow fan in the world,” Weatherford said. “I mean, who wouldn’t want their daughter to date a guy like that? I’ll tell you want, I don’t want him taking snaps for my team.”

“I’m gonna give you a Ferrari that maybe won’t be running all the time, or I’m giving you a nice Cadillac sedan,” Weatherford said. “It’s not the fastest but you know what you’re going to get out of it. . . . Bradford can go zero to 60 in three seconds. But you don’t know if he’s going to start up some days.”“Good luck with that,” Weatherford said. “Chip Kelly will get himself in serious trouble if they get an extension for that guy and he gets hurt? He’s done.”