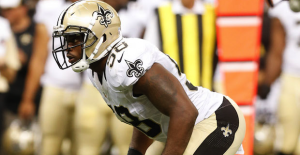 Knox is the newest member of the Cowboys 90-man roster after appearing in 12 games for the Saints last season. Before that, he played in four games for the Jaguars after a practice team stint with the Seahawks. He was an undrafted free agent in 2012 out of Fresno State.