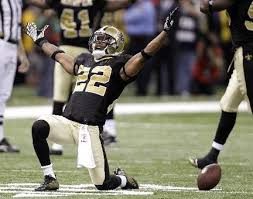 Tracy Porter the former Saints defensive back is now a Bear

Today the Chicago Bears announced they signed veteran cornerback Tracy Porter to a one-year deal, giving them some depth in the secondary.

Porter was released by Washington earlier this offseason, a day after coach Jay Gruden said he had “flight issues” which kept him from the first day of OTAs.