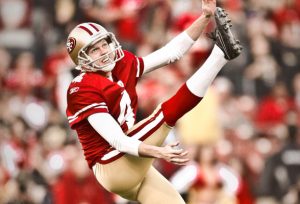 Today the Cleveland Browns were able to a land a very solid punter for peanuts.  The team traded the San Francisco 49ers a seventh round pick in 2017 for Andy Lee.

Andy Lee is a 12 year veteran from the University of Pittsburgh. In 2012, Lee signed a six year contract with the 49ers. A three-time Pro Bowl selection and three-time All-Pro, Lee (6-2, 180) has established himself as one of the NFL’s most productive punters since entering the league.