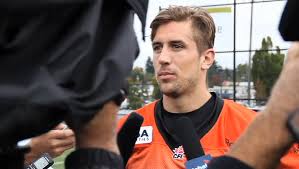 Jordan Rodgers quit the CFL to pursue a career in television, can you blame him?

Being the brother of an NFL superstar has to be hard, especially when you too are a quarterback.  Jordan Rodgers, the brother of Aaron Rodgers was recently playing for the BC Lions in Canada, but quit last week according to Peter King.

Rodgers quit to pursue a career in television:

No one in America noticed it, I’m sure. But Aaron Rodgers’ brother Jordan, who had a good chance to win the British Columbia quarterback job in the CFL this season, abruptly quit football last week to pursue a career in television. I don’t blame him, but it was a surprise, especially considering he’s not going to enter TV at a high level.

Rodgers had a great shot to win the starting quarterback spot in BC, but when you are playing football for 50,000 a year and can find a job that pays more not take a beating you cannot blame him.