Adrian Tweeterson; Vikings running back Adrian Peterson is tweeting about his contract situation

Minnesota Vikings running back Adrian Peterson seemed to sort of have a break through yesterday, after speaking to Josina Anderson of ESPN.  He stated that he would like to land more guaranteed money from the Vikings to ensure the longevity of his deal.

Well the All-Pro running back was talking about his contract today on Twitter: 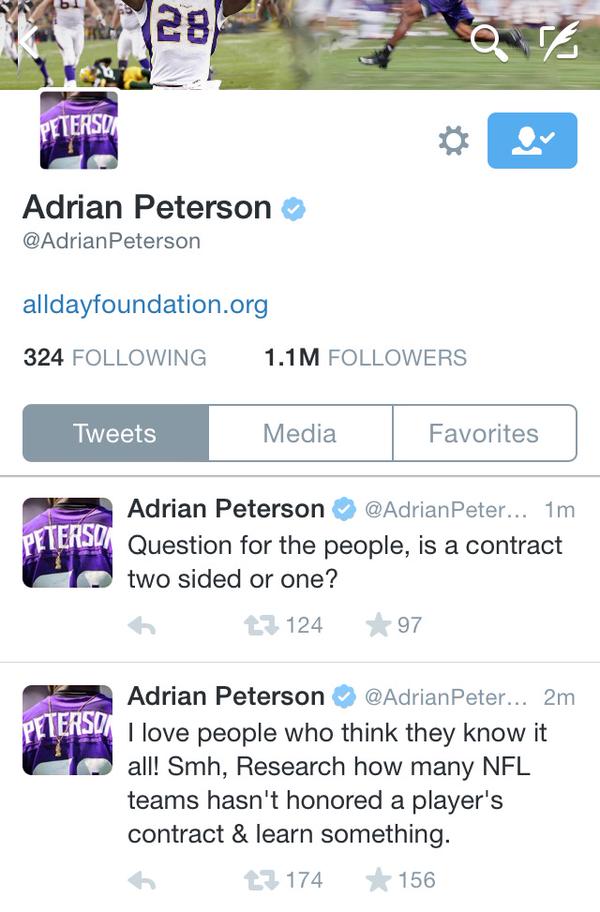 Adrian Peterson was talking about his contract situation with the team

There’s never no talk about honoring a contract!

Ok great two sided! Well why when one party decides … Mr. ? we wan’t you to take a pay cut now or better yet flat out release you!

I know hundreds of player’s that wished their team would’ve HONORED the contract! But instead got threw to the side like like trash.

All I’m saying as a Minnesota Viking player! WE need the same power to do as all 32 teams do we they feel, under contract or not!

It’s time for a change! Then again I’m grateful because at the end of the day, I know some of those same guys that wish a team held on!