Terrelle Pryor might get another shot in NFL; Bengals leaning towards signing him

The Cincinnati Bengals are “leaning to” signing quarterback Terrelle Pryor, according to Bengals.com Geoff Hobson, who wrote on Saturday night that “It sounds like the Bengals are leaning to signing him after Sunday’s practice”. 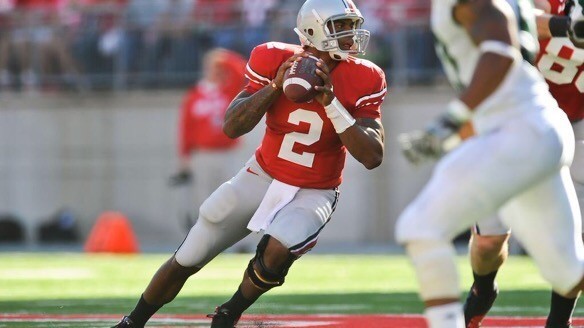 Pryor, was drafted by the Oakland Raiders and traded to the Seattle Seahawks, is in Cincinnati on an invite-basis for rookie minicamp this weekend. His former coach Hue Jackson is falling in love with what Pryor brings to the table.

“Terrelle has a presence. This is not his first rodeo. He’s been through things and he’s been with Hue (Jackson) before,” said head coach Marvin Lewis following Friday’s session.

“He has a calmness about him. He’s a great role model for the six or seven other veterans; to watch how a guy who came into the NFL in 2011 is looking to try to get an opportunity, not even make the team yet, but get an opportunity on a team. There’s an urgency in his step. I think that’s a good role model for these young guys to observe, and some even are guys that have been around a couple of years here, who are participating in this weekend. He has an urgency that they need to learn. He shows how important this is to him.”