Terrelle Pryor is seeking another chance to play quarterback in Cincinnati 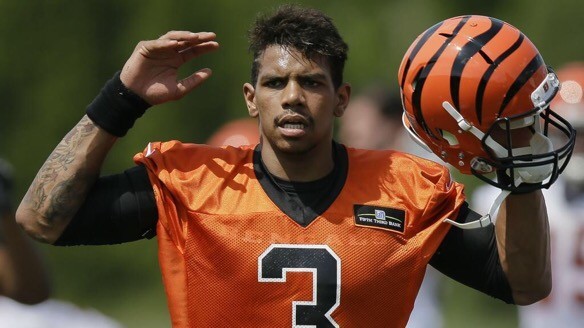 ‘I didn’t mesh well with the other Chiefs quarterbacks’.

Terrelle Pryor is seeking opportunity to play QB with the Bengals. Pryor is seeking one more chance as a QB at Bengals Rookie Camp. Hue Jackson, his former coach has agreed to Pryor’s request for a chance to again play quarterback. Terrelle said ‘If I can’t play quarterback it’s over.’  Pryor feels as if he will mesh well with Andy Dalton and other Bengals quarterbacks.  The Bengals began their rookie minicamp yesterday and will close on Sunday.

Interesting that Pryor said he did not mesh with the QB’s in KC. i wonder which Chiefs quarterback(s) gave him that feeling. The Chiefs released him Tuesday…..