The NFC East is probably the greatest Rat Race in football. Almost a different leader every year and it always seems to come down to week 16 and 17. But that’s why we love them. So we shouldn’t have expected anything less from them when it came to the 2015 NFL Draft. Each team did well, surprisingly, which will keep this Rat Race running until the end of time. Here are our Draft grades of the NFC East this year. Enjoy. 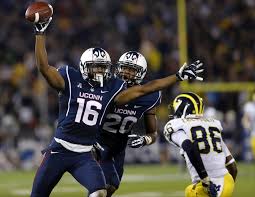 Dallas Cowboys found a stud in Byron Jones from UConn

With Dallas coming up 2 games shy of their first super bowl in 20 years, it goes without saying, they are more hungry for a Lombardi now more than ever. But in order for them to make the jump from the atypical “NFC East Rat Race Runner”, to Super Bowl contenders, some improvements were necessary. Drafting at 27th overall, Byron Jones was an excellent addition. Being very weak at CB, Jones should prove to be an immediate upgrade to Dallas secondary. He showed us at the NFL Combine, he is a physical freak and ready to broad jump straight through Dallas pretty new roof. Also noteworthy was Dallas landing Randy Gregory in the 2nd round. Since the loss of Demarcus Ware, the need for a dominant pass rusher was made very well aware. And Gregory was pretty much the guy you close your eyes and can picture when trying to place someone in that position. The young man has raw talent. The stuff you can’t teach. But the reason Dallas gets a C+ is because of the lack of RBs drafted. A total of 0. This was a huge gap to fill since losing Murray in the offseason. In Dallas most productive season in a while, it all spawned from a dominant run game. But now you put all that pressure on McFadden and Lance Dunbar?… Excellent. Dallas gains a big boost defensively in the 2015 Draft but leaves much to be desired offensively. 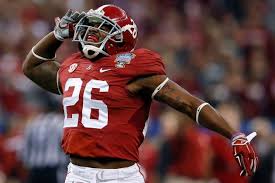 Giants traded up for Landon Collins from Alabama, was it a good move?

NYG started the 2015 NFL Draft with a splash and finished just ehhh. Kicking the draft off with the selection of Ereck Flowers at 9th overall was the smart move. Flowers is every QB’s birthday wish. Great footwork. Strong. Aggressive in run blocking. This was ideal for NYG. I mean lets face it, were all starting to feel a little sorry for Eli every time we see him pouting on the ground. Another great selection was Landon Collins in the 2nd. This safety has great instincts and plays surprisingly well in the run game as well. NYG secondary has been hot and cold for a while now so the addition of Collins will hopefully add some stability. And finally NYG found a pass rusher worth their time. Drafting Owamagbe Odighizuwa (or however you spell his name) will prove to be a great long term decision. Odighizuwa is a great, young pass rusher with a superstar ceiling. Good job NYG, should keep the NFC East interesting atleast for another year. 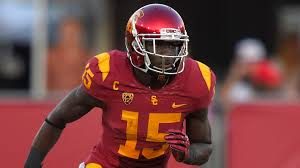 The Eagles found themselves a sleeper in USC WR Nelson Agoholor

Well Chip, this was your time to reveal your grand master plan. And although you didn’t nab Mariota, its probably for the best. You still managed to have a great draft. Nelson Agholor at 20th overall is perfect for Chip’s offense. A true Jeremy Maclin replica. Great route runner. Excellent off screens. Agholor is ready to walk in at the WR2 spot. Might even prove to be WR1. Philly’s secondary also received a major boost in a large array of competent CBs. From versatile Eric Rowe in the 2nd to a positive STEAL Jacorey Shepard in the 5th. One player that’ll prove to be boom or bust will be Jordan Hicks OLB out of Texas. The young man shows a true love for the game and very good in run stopping. The worry is his durability. With two season ending injuries, you have to ask yourself if he’ll even last long enough to be great. Especially since he was drafted in the 3rd but could’ve easily waited until the 4th or 5th. Idk Chip, well have to wait and see if this adds to your mad scientist legacy. 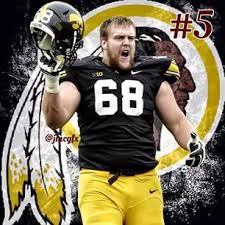 We’ve been waiting Redskins… For what you might ask? For you to be competitive again. Ok that might have been a bit unnecessary but let me finish. After the 2015 NFL draft, Washington showed signs of life! With 10 total picks, Washington sought out to add talent in bunches. Starting with the selection of Brandon Scherff at 5th overall. Excellent. Its like the ye old proverb: “If your quarterback just isn’t cutting it, at least protect him.” And that’s exactly what Washington did with drafting the young tackle. They’re getting a true powerhouse with great lateral movement and a monster in the run game. Good pick Washington. Another good pick was the huge Matt Jones in the 3rd. Look out Momma, that’s a big boy! Solid RB that can really add that “punch them in the mouth” aspect to Washington’s rush attack. Granted the young man need to learn some patience, letting his blocks develop. But that can be taught. You cant teach 6’2 231lbs. Very good addressing some offensive worries Washington.