The Seattle Seahawks signed wide receiver Deshon Foxx the former UConn standout after he participated in the team’s rookie minicamp as a tryout player. To clear a spot on the 90-man roster, the Seahawks waived/injured running back Demitrius Bronson. 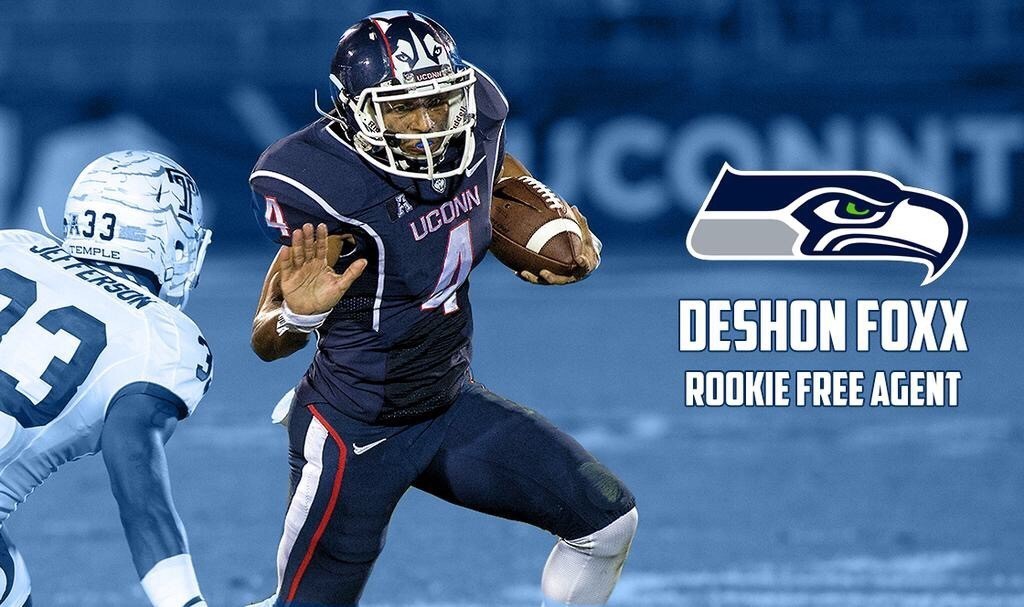 According to the Associated Press, Foxx started 23 of 38 games in his college career at Connecticut and caught 73 passes for 918 yards and three touchdowns.