Patriots 1 million dollar fine is nothing considering they save 1.8 million for Brady’s absence 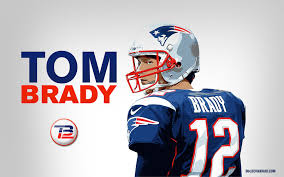 Patriots will actually save .8 million dollars after the entire DeflateGate fiasco

A $1 million fine should never be taken lightly, but in this case, the suspension of Brady will actually save the Patriots $1.8 million in salary, according to Jason Fitzgerald of OverTheCap.com. So in some sense, the Pats will actually profit off of the suspension despite the fine. This is a pretty interesting piece by Over The Cap.

Brady will stand to lose $1,882,353 of his $8 million salary if the suspension holds following an appeal. Considering the Patriots likely feel that this is an improper punishment I would not be surprised if they rework the contract of their star quarterback to avoid such a fine being levied on Brady.

The Patriots can convert $7.03 million of Brady’s salary to a roster bonus which would not be subject to loss in the event of a suspension. That would change his base salary to the $970,000 league minimum which would result in a loss of just $228,235.30 for the quarterback. Teams in the past have done this to aid players in avoiding loss of salary from suspension if they felt the suspension was unjust or were looking to maintain good relations with the player as a new contract may come due.