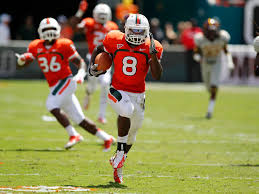 Duke Johnson is going to run wild in Cleveland

Well not one player has taken a snap yet, but let’s see what players we feel will make the All Rookie team before the season starts. We will go back and look at the list after the season to see how we did.  Of course there will be injuries and other things that happen, but here is our early list.

Here is my early projection for Rookie of the Year: Amari Cooper of the Oakland Raiders – 97 receptions for 1,488 yards and 11 touchdowns.

Offensive Rookie of the Year: Devin Funchess of the Carolina Panthers – 75 receptions for 998 yards and 7 touchdowns

Defensive Rookie of the Year: Frank Clark of the Seattle Seahawks – 54 tackles and 8 sacks which leads all rookies