Last May, New York Jets wide receiver Brandon Marshall signed a three-year, $30 million extension with the Chicago Bears, but he was almost dealt last season to a different AFC East team. Marshall wanted more money, and the Bears were looking around.

“I could have played for the Patriots last year,” Marshall told ESPN 1000 on Friday (via the Chicago Sun-Times). “There was an opportunity where there probably could have (been) a trade before the season.” 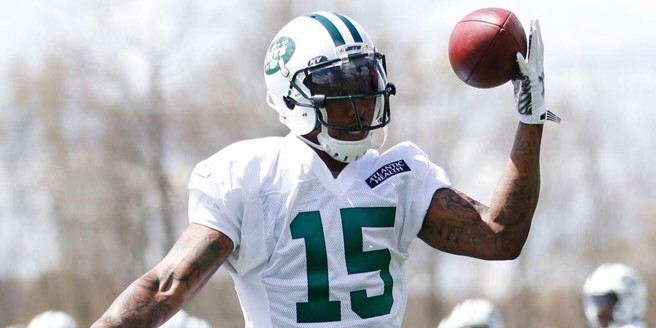 “It was weird. Marshall says trade talks with the Patriots heated up shortly before he broke bread with Whoopi and friends.

“It was my agent and the Chicago Bears because there was a little tension on the contract stuff,” Marshall said. “I thought I was worth a little more. … There were a couple of teams that were offering more money.

“It never got that far, but there was a possibility with a couple teams.”